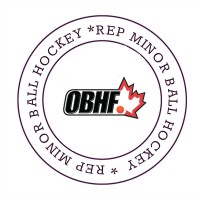 We have been working with other cities to bring Rep Ball Hockey to Burlington.  Our members have asked for Rep League Play and with allot of effort we have something in place for you.  We have been working on this endeavor for some time and are still actively pursuing other centers and teams.

We are offering this program in addition to our House League program.  Please see the question with answers below.  As we get more questions we will update this page with more answers and any updates that become available.

For all information including cost and game information please read the Questions & Answers below.  Feel free to contact us with any inquiries you may have.  PLEASE READ ENTIRELY BEFORE SUBMITTING YOUR QUESTIONS.

Please see below.  There is a shorter summary version followed by more detailed information.

Burlington Home games will be weeknights, schedule TBA.  Other cities will choose their own Home Game night, we have no control over those but we will provide input as needed.  Tryouts will start in late April with the Rep Season starting the 2nd week of May.  The season will end the 1st week of July.  There will be approximately 8-10 games including Playoffs.

Do I have to play House League to play Rep?

No, you do not have to play in the House League program to play on the REP team.  You can choose either program or both.

When are games played?

HOME games will be scheduled on weeknights.  Each center hosting games could have a different home night so AWAY games could be on any night.  The season will start the 2nd week of May and will end the 1st week of July just prior to the OBHF Provincial Championship Tournaments.

Yes, as with any Rep program there is travel when you are the visiting team.  Ball Hockey schedules are very short so the number of times you travel is very limited (you will only have 4-5 away games).  The distance will vary based on your opponent.  You will have Home games in various Burlington Arenas.

How many games will be played?

We are still firming up with the other cities how many games will be played but it will be no less than 9 games including playoffs.

How many games per week are played?

The REP League will be 1 game per week with the occasional 2 games in a week.

Are there Rep practices?

If a team’s Coach wants to have practices they can make arrangements through us to get floor time.

How much is the cost to play?

The Weekday Rep League cost is about the same as our House League program and includes full uniforms (jersey, shorts & socks) with Rep League and Playoff Game Play.

Is there a cost for the Rep program tryouts?

Yes, there is a cost usually around $10 per session.  The tryouts will be in late April and/or early May.

How many and when are Tryout sessions?

Tryouts will start in late April.  We have an extremely tight timeline so there will only be a couple of sessions.

How many players on a team?

Each team will have a set of 16 uniforms.  There is no roster cap until playoff rosters need to be submitted by each center.  The intent is to use this Rep Program along with the House League program to evaluate and recruit Aces Provincial team players.

How do I register?

Registration info TBA.  You can email us at info@HMBHL.com for more information.

What Rep age groups will be offered?

Based on reasonable expectation, we can’t floor a team in every age group.  Realistically based on the size of the Provincial tournaments and feedback from other centers, we will have the most success in the U12, U14 and U16 age groups.

Are the Rep Teams also the Aces Provincial Teams?

No, they are still separate entities as some of our Aces Players will not be able to commit to Rep League play.  We expect the Rep program will supply skilled players for the Aces Provincial teams.  We are hoping this becomes are development tool.

Do you need Rep Coaches and how do I become a Coach?

Yes, we are actively needing seeking Coaches.  Priority will be given to those who have the appropriate qualifications.  Please fill out the HMBHL coaches Application Form and complete the Respect In Sport Certification.

We know there are many more questions to be answered.  We will add more content as it becomes available, please check back occasionally for updates.